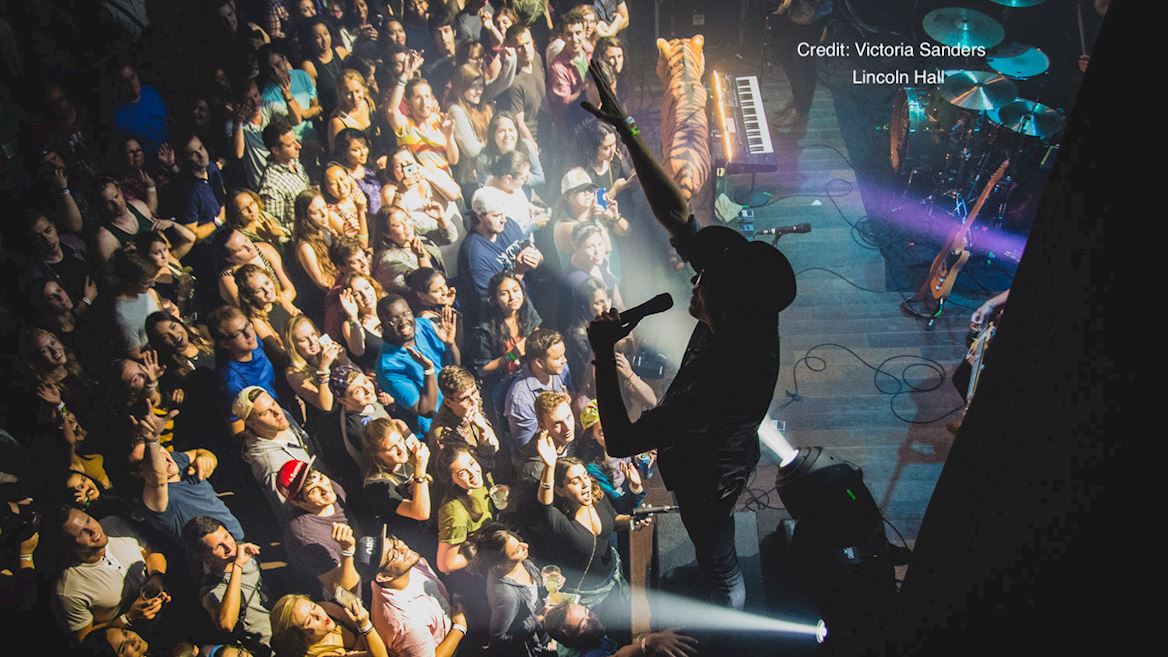 From ACME With Love Part 1

Since February is the month of LOVE, we thought we'd dedicate this blog to things we love most about our birthplace, Chicago . . It's our series of love letters to the 312. First up? MUSIC, well, because Chicago ROCKS! From ACME with love.

Music in Chicago has a thriving and storied past - it is an integral part of this city, part of its DNA, really. We're talking beginnings in the early 20th century when migrants came from the south and influenced the scene with their rich music culture. Plus, lots of music legends come from this city - legends like Benny Goodman, Herbie Hancock, Muddy Waters, um, the band, Chicago . . . More your g-parents scene? Ok, how about Smashing Pumpkins, Wilco, Common, Fall Out Boy, Chance the Rapper, Jennifer Hudson . . . just to name a few! Besides those that were locally raised, hundreds have made the pilgrimage here to cut their teeth and earn some major cred on Chicago's well-known stages and at our festivals, and they've been returning ever since. If you love music, you can't deny that Chicago's music culture is where it's at!

We LOVE that any night of the week we can stumble out of work, weary from the day and catch an amazing set just about any place. And the pure abundance of genres to groove to is staggering! From rock, to indie, jazz, blues,  gospel, country, pop, house, the 312 has it all. It would take us days to tell you about each and every venue, so we're just going to trim it back to some top reco's! So here goes - we love fresh sets by up-and-comers at Lincoln Hall, Schuba's, and Thalia Hall. Sometimes we jazz it up at the Green Mill, which dates back to 1907 (and the occasional celebrity sitings are a bonus here). The Metro and the Vic  bring hard core acts on the cusp, and the Riviera lights it up with a diverse stable of genres every night. And we can't forget about the Underground, a hot dj spot and a favorite of visiting celebs. How do we cap off a night of live tunes? We go for a live blues set at Kingston Mines, natch, it's an institution and seriously, a must experience for every visitor to the city.

We would be remiss if we didn't make mention of Chicago's Music Festival season, Noted by some as "the best in the world". People flock from all corners of the world for a chance to experience Lollapalooza, long considered the Mac Daddy of music festivals around these parts. Here's a bit of trivia. Lolla began as a single stage music showcase - a farewell to the band, Janes Addiction in 1991, but by 2005 had morphed into Lollapalooza. True! But it doesn't end there. Pitchfork, Riot Fest, Square Roots Festival. Even the city sponsors FREE concerts like the Chicago Blues and Jazz Festivals and countless other music celebrations can be seen (and heard) throughout Chicago's vast network of music-loving neighborhoods.

Between our indoor venues, and summer festivals, Chicago maintains a diversely robust music scene year-round. No wonder we love it so much. It's in our veins. From ACME with love, indeed.