Chicago is a city CHOCK-FUL of amazing stuff to do year-round! If you're looking for the hottest local events, concerts, festivals, look no further than this page! We've got the 411 on all the cool stuff to do that you'll need - There are even direct links to book, ticket, or buy! Welcome to ACME and to our awesome city!

Given the current situation around the world, many events in Chicago have been canceled or postponed in an effort to promote safe social distancing.
We will update the calendar below as events return to the schedule in the future. In the meantime, please stay safe! 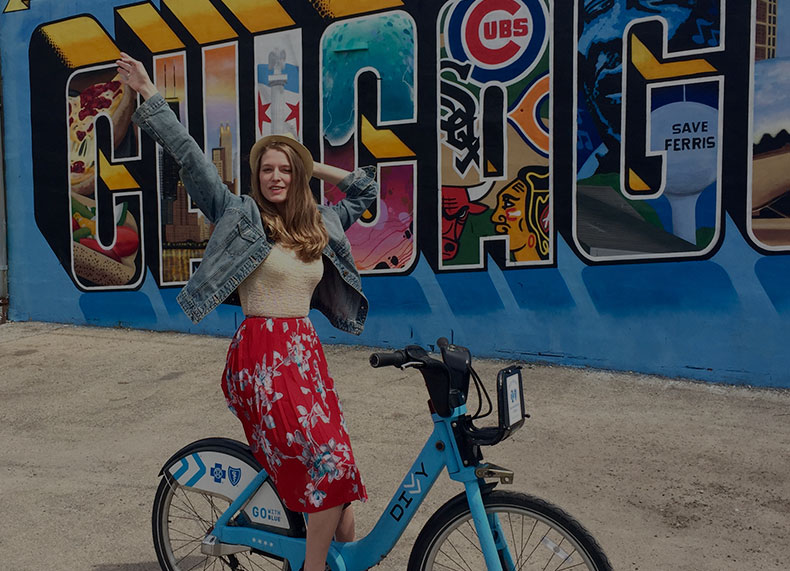 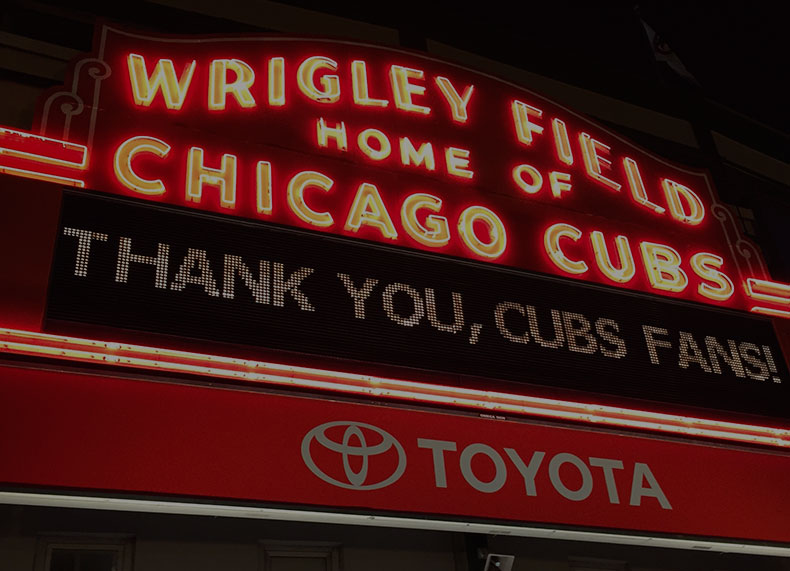 Chicago is a sports town, no doubt about it . . . In summer and FALL, we've got the 2016 World Series Champion, CUBS - at the amazing Wrigley Field. Plus you can check out the notorious 3 B's - Chicago Bears, Blackhawks, and Bulls this fall and winter! Check their schedules and plan to spend a few nights in the Chi - even if you don't score tickets - there's plenty of fist-bumping and high-fiving to be had on game days at like a gazillion sports pubs around the city. Bear down!

If you're looking to explore ways to soak up the season, Chicago has it for you in spades! Check out your moves and ice skate at Millennium Park now through March, or . . . you can hit up the skating ribbon at Maggie Daly Park . . . and really show off your mad skills on cold steal! Check out even more happenings and events below!

Record Store Day returns, and we couldn't be more psyched! This is the day that all the coolest record stores feature live entertainment, groovy deals on vinyl, swaps . . . the whole shebang! Even if you don't own a record player, but love music, stop in for some serious throwback fun.

The One-of-a-Kind Show, Spring edition returns for a weekend of full-on shopping! Featuring just about anything imaginable in the area of textiles, jewelry, apparel, and home decor, This show is the best place to find artisan-made wares for gifts, or yourself! Wear comfortable shoes!

Calling all film-buffs, and armchair film critics! The Chicago Critics Film Festival returns to the Music Box Theatre and will be featuring the Sundance smash hit,  The Farewell, among many others films . . . Being at The Music Box is reason enough to check out this event!

The next best thing to going to Soldier Field to see the Bears is attending the Chicago Beer Classic. It's exactly as it sounds . . . loads of beers on yards of field. Check it out, it's always a good time!

A man not without controversy, but certainly a lot of humor, Ricky Gervais hits the stage at the Chicago Theatre as part of his SuperNature Tour. Tickets are still available!

Craft Beer Week is the ideal time to discover all the best the land of Lincoln has to offer in craft brewing when hundreds of local brewers do a tap takeover at bars across the city. If you love to try good craft beers - THIS is the time to do it. Check out the schedule for details!

Just a short L ride away, one of the cities best neighborhood music festivals takes place featuring all the band, beers, and bites you could ever dream of! It's the Belmont-Sheffield Music Festival, and it rates pretty close to the top as neighborhood fests go!

What better life inspiration is there than taking in the Chicago Gospel Festival! Featuring some of the world's best Gospel singers and groups, this 3 day event is sure to inspire and delight!

Chicago's deep roots in blues go far beyond The Blues Brothers, and the Chicago Blues Festival proves once again just how deep those roots go! One of the favorite music events of the summer, if you haven't been, you need to get out here - and if you have been, you know you need a repeat! Did we mention it's FREE?

Maroon 5 at Wrigley Field with Leon Bridges and Meghan Trainor  . . . do we really need to say anything more? We didn't think so.

Elton John takes the stage at the United Center for his Farewell Yellow Brick Road Tour . . . This has been one busy man, saying goodbye all over the world! Say it isn't really your final call????

Featuring live artists on 3 stages, food, drink, DJ's and dancing, drag shows, a pet parade, and 100+ arts and crafts artisans, PrideFest 2020 will be the event of the year! grab an L and join in the festivities!

Capping off a week of Pride festivities, Chicago's Annual Pride Parade steps off Sunday, June 28th snaking its way through Boystown. It's the party of the year, so come on our and show yur Pride!!

Lincoln Square rocks the weekend with the return of the Square Roots Festival featuring bands, regional craft beers, more bands, food, and lots more bands. You get the gist . . . plan to get there!

One of the best eating fests in the midwest (accidental rhyme), the Windy City Smokeout takes place at the United Center parking lot (Yup, it's a big one), and features BBQ, Bands, and Beer. Right? we know . . . .

The music never ends in the 312, and we wouldn't have it any other way! Pitchfork returns with an awesome line-up, including Haim, Mavis Staples, The Isley Brothers, and a ton more. So get your tix and rock Chicago this summer!

What seemingly has become one of the most anticipated weekend events in Chicago, Lollapalooza returns for a weekend that'll rock your world! When headliners have been announced, we'll give a heads up here!

DO YOUR THING - DIFFERENT! Check out our curated list of cool attractions

If you dig music, you've come to the right city. In addition to the major arena's, Chicago boasts a ton of awesome, more intimate venues that often book the cutting edge talent on the cusp of stardom. You may also see them at one of Chicago's major music festival during the summer. Here is a short list of some of the best venues in the 312 to sit back and jam. -  These even made TimeOut Chicago's best list!